With the rise of artificial intelligence and the automation of labour, the value of human non-work is about to radically change. The performance Om for Coin marks the launch of the blockchain platform Oblomo, which aims at turning non-work into a value with the help of blockchain technology. Users on the platform will mine Oblomo cryptocurrency by being still, sitting, meditating or lying down in front of their devices, while being observed by a machine learning software rig (the AI rig).

In the performance Om for Coin, three individuals – the “miners” – sat still while performing the meditation mantra “Om” in front of a live audience. All the while, the AI rig surveillanced them and recorded their meditation into the blockchain. This procedure created the first coins in the system, exactly 2 272 860 new coins in approximately half an hour. This amount is available to the public for mining and trading from March 2020.

The central part of the performance was the realisation of the Om block mining protocol in which a larger amount of new coins are created in the system at a higher frame rate than in usual mining. Om blocks are large blocks of coin transactions recorded on the Oblomo blockchain. The procedure of Om block creation is the same as that in usual mining with the exception that the frame rate of mining new coins is much higher than that in usual mining. This procedure is used to create large amounts of new coins in the system.

In contrast to other crypto mining systems, Oblomo requires hardly any electricity and represents an innovative ecological alternative to the otherwise endlessly wasteful process of crypto mining.

Om for Coin, performance and exhibition at Aksioma, video documentation 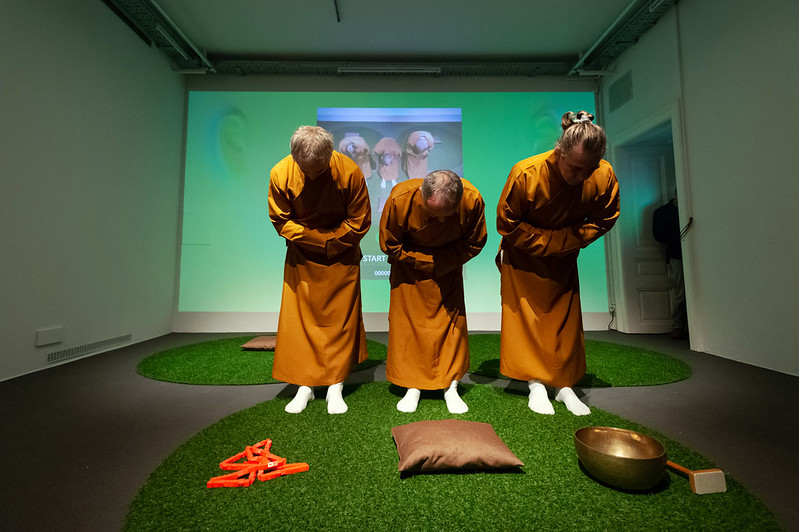 Om for Coin, performance and exhibition at Aksioma , photo documentation